KILOs Pick Of The Litter: Metallica 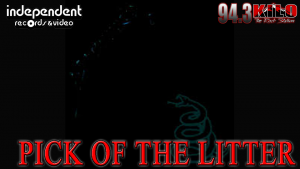 Many classics records in the storied career of Metallica but one stands out as the most defining; The Black Album. This record not only made Metallica a house hold name it has also gone down as one of the greatest selling records world wide in rock n’ roll history. This year of 2021 Metallica’s Black Album turns 30 and with that; it get’s a remastered 3 disc set set treatment. Pick up Metallica’s 30th Anniversay “Black Album” for $9.43 in October as part of KILO and Independent Records Pick Of The Litter.